Opinion: What does my dad think about EDM? 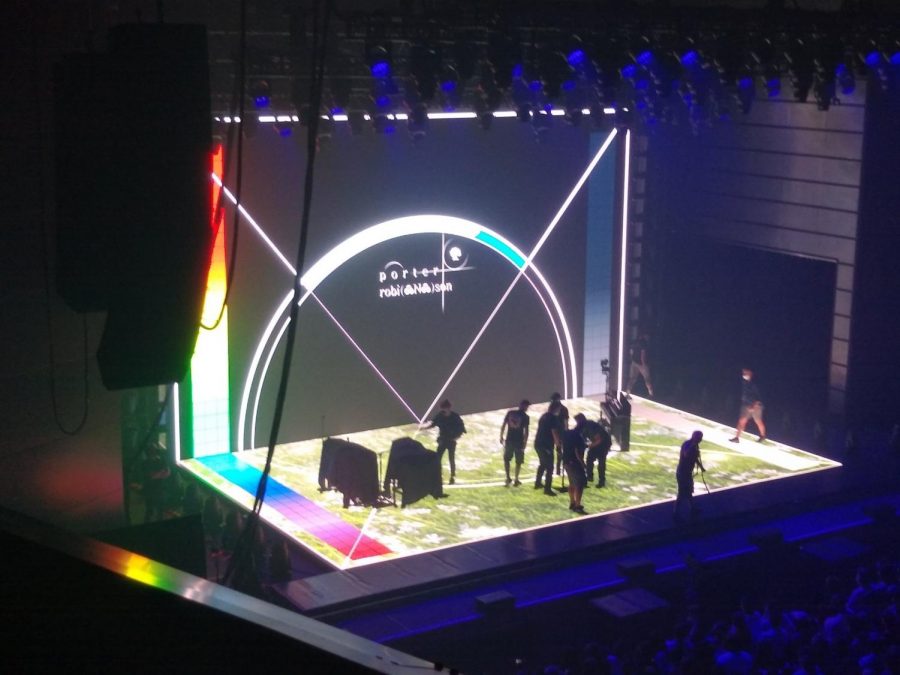 I was around 8 or 9 when I went to my very first concert: A band that I’d ironically come to love later, I only knew Belle and Sebastian as the weird music my parents played, something that could occasionally be heard on the speakers at home. I went with my parents and one of their friends, and the most I can remember about the event was waiting for the opening act to finish, and being happy when they played one of the songs I liked at the end. There wasn’t too much of a hassle at any stage of the process.

My second concert, by comparison, was chaos. Organizing a trip into D.C. almost immediately after school ended and trying to figure out how “dinner” at 4 p.m. was going to work. To my parent’s credit, they did most of the work; I just stood there and panicked.

Regardless, at about 5 p.m., my dad, my friend and I were on the metro, headed into D.C. I was overwhelmed, especially since I’d looked forward to this for so long- when we bought the tickets last year, luck was on my side, with my dad working from home along with me. One of the reasons my parents actually agreed in the first place was because I don’t usually ask for things like this. A direct result of the pandemic was an increased want to get out, to attend events, and although I’d talked about going to a few concerts in the past, the timing on this one was perfect. Pre-orders opened the day after they were announced, after I’d already talked my parent’s ears off about the album, and I got lucky enough to wear them down with my obsession.

Lately, Porter Robinson has had an intense online presence- with his first album in seven years, frequent collaborations with popular artists, and headlining EDM festivals, he has gained a lot of new fans, especially for someone already so popular for music released in the past. The social media communities surrounding him, specifically twitter, were so active that anybody could net 30 or 40 followers from a single post- just mention Porter Robinson and you’ll have devoted fans talking to you in minutes.

Porter Robinson had launched from a full album release after a year of buildup, to an incredibly short break, before getting right back into it- coordinating his very own music festival, fully virtual for a second year in a row, but now with an interactive, 3D virtual auditorium, complete with sponsors and elaborate environment effects to match the sets that he featured. It also meant that when he announced the first live tour to promote the album, tickets sold out fast- something my dad was quickly convinced of as we scrambled to get tickets.

We managed to get 3 box seats next to each other, rushing to buy them as the little blue dots that represented seats greyed out before our eyes at horrifying speed. The entire venue, including the huge general admission area, sold out within two hours. The majority of the box seats were gone in about 20 minutes, but the worry was over, at least for now- the actual trip into DC and getting into the venue was relatively hassle-free.

The first opener, James Ivy, was incredible. Shaggy long hair, worn jeans and a t-shirt made him look like he’d come straight from the set of some 2000’s movie where he played the angsty teenager, something his music reflected with an extremely energetic pop-rock set. His stage presence was especially memorable, teaching the crowd simple verses without a hitch, and earning himself a massive round of applause when he finished his set. It was surprisingly accessible, too, and a striking contrast to the EDM-heavy Jai Wolf, the second opener. Using minimal equipment, he made an impact on the audience by turning the volume up, making the speakers feel like my entire body was vibrating, and utilizing the extensive stage lights and LED wall behind him to provide a full-on lights show, something the main act took to the next level.

Then it was time for the main act. With a few pieces of DJ equipment, a keyboard, a mic, and a full piano, Porter Robinson commanded the entire audience for a full two hours- and it felt like every single moment memorizing these songs, unable to get them out of my head, had been made worth it, because I got to sing just as loud as everyone else. The entire show was nothing short of an experience- not otherworldly, but surprisingly grounded in reality. The two massive LED walls- one comprising the floor beneath him and the other one a wall behind him- displayed constant visuals, many reacting with the music and, in some cases, his movements, his touch, and the crowd. At one point, the entire stage formed a laptop, displays portraying the keyboard under Porter and the screen behind him, still displaying visuals. His versatility in musical style, too, can’t be understated- he’s a genuinely talented musician in all aspects, singing and playing piano frequently.

On what my dad thought of the show: Overall, he preferred- full-on EDM in favor of pop rock, something I certainly didn’t expect. James Ivy seemed a little bit bland, but Jai Wolf had “Really cool visuals that went with the music”- and when asked further about his favorite moment, visual-wise: “I’d actually have to say two. The second opening act’s last song had sort of a whole movie playing behind it, and then.. There was a part when the main act, Porter Robinson, combined the visuals on the stage with a camera to repeat those visuals.”- in that part, Porter had grabbed a laptop from offstage and used the webcam to project a live view from the camera to the back video wall, turning it back onto the audience so they could see themselves. He also loved going down to the area around the venue- the Wharf in D.C., which has a lot of bars, shops, and concert venues.