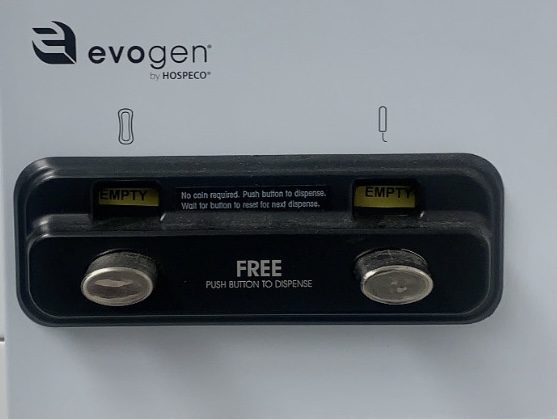 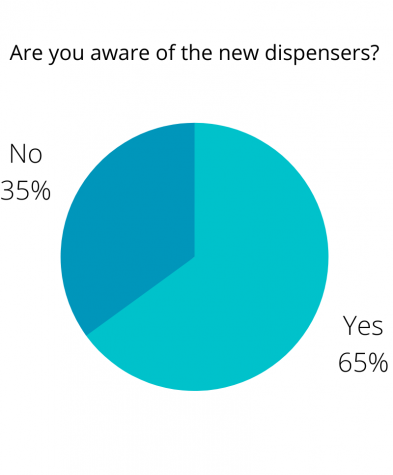 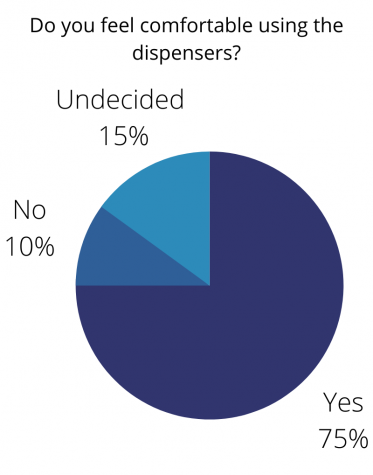 Periods are something that nobody can plan for, and when you do it’s never the same thing twice. And having it surprisingly at school doesn’t make it any easier, especially without easy access to the necessary products. But now, all of the girls’ bathrooms have new wall dispensers with free pads and tampons. Back in January of 2020, the Virginia Senate unanimously passed a bill to provide menstrual supplies to all schools with students from 5th grade to 12th grade, stating the students need to have easier access to menstrual supplies so as to not interrupt the school day.  Which should have been a game changer except there’s one problem: there are no products in these dispensers.

“I’ve seen them there at the very beginning of the year, but since then none of them have been restocked,” senior Tierra Albert said. “ I think it’s really important to have, however the rule and the actual execution are very different”.

Both up and downstairs the dispensers all read empty. Next to dispensers the there is a poster that reads ” Just head over to any high school subschool for sanitary napkins…” So what is the point of having dispensers that are provided by the school if they are consistently empty, and why is there another step to get these products? Not only is there a lack of follow through with the school’s promises, but also a lack of communication. Some of the students that use the girls bathroom don’t even know these products are available. The efforts towards getting products in the bathroom was a push originally made by the Girls Supporting Girls club pre-covid, but now they are being completely left out of the conversation. With the goal to make students with periods lives easier whether it’s an emergency or they don’t have access to these products at all. With unexpected periods and lack of access, the girls bathroom is definitely in need of a way to supply products easily and affordably. They found the perfect solution, but the idea that is supposed to make lives easier isn’t helping at all.

Most people share the same sentiment that the lack of follow through and upkeep is the most disappointing part of the entire situation. Not only can this hinder student’s confidence in coming to school during their period, but it also interrupts the learning day if you need to walk from one end of the school to another looking for something that can be easily provided. Though the destigmatization of menstruation is incredibly important it’s so ingrained in people’s minds that it is something to be ashamed of. They aren’t asking for much, just access to something that should already be provided.