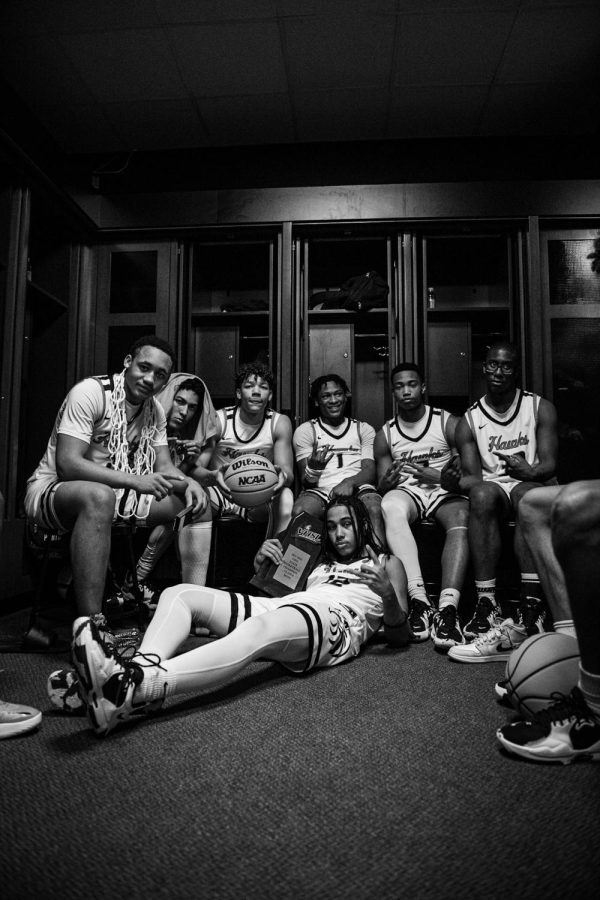 Coming into the state championship after an effortless state tournament run, the Hayfield boys varsity basketball team was looking to make history, and win their first state title.

The first half was a close game as both teams went back and forth with precise three point shots and tough finishes near the basket. The Hawks came out strong in the second half as they’ve done all year, and Battlefield couldn’t keep up. Late in the fourth quarter Junior Wing Greg Jones came up with a steal and flushed an authoritative dunk to put Battlefield away.

The Hawks won 67-47 to seal their programs first ever state title. The team rushed the court, as the Hayfield crowd and hypesquad celebrated the win. Emotions would flood the court with players feeling a sense of relief and accomplishment.

“[I] tried to share this last time I was [going to be] on the court with the seniors and I felt really happy for [Coach] Los and Ms. Seftas,” junior wing Greg Jones said.

This was a big victory for the Hayfield community and everyone is proud of the team’s hard work and dedication.