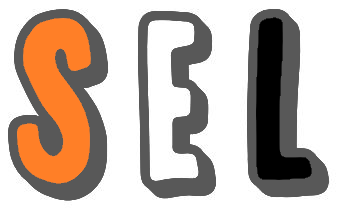 Before the normal structure of Hayfield Secondary was broken down to accommodate a virtual year, the newly dubbed “advisory” period looked a bit different. Previously known as “SOAR 4”, the universal 4th period class was structured as so: students would report to their 4th period SOAR teacher for 45 minutes, followed by a short transition to attend their period of the day for another 45 minutes, going to 1st period on the first white day, then 2nd, 3rd, 5th, and so on.

However, this system has recently been changed. Nowadays, students will simply join their 4th period class for the full 90 minutes of the class period, controlling when they SOAR out to a teacher through an email and a hall pass. The first 45 minutes of the new advisory period are mostly empty, but there is a new daily social and emotional learning (SEL) lesson provided by FCPS. According to fcps.com, these SEL lessons are meant to improve student skills such as self-awareness, self-management, and responsible decision making.

For a majority of students, these SEL lessons are widely seen as unimportant, leading to them being completely ignored.

“Not a lot of people really pay attention to them,” junior Camron Northern-Smith said. “They’re good lessons, it’s just that a majority of the time people are sleeping or playing on their phones instead of paying attention to the lessons.”

The junior also voiced his opinion on a possible change to the content of the advisory period. 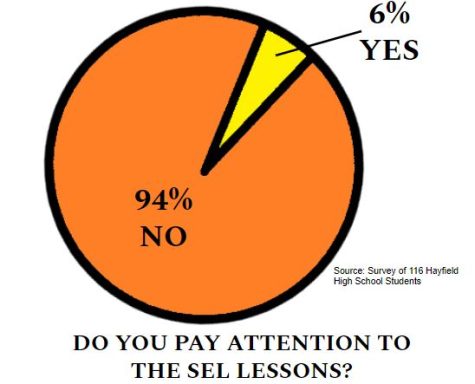 “Sometimes I do the things like grade checks, but if they want more people to pay attention, then I think they need to make them more interactive, and include more activities for you to do,” Northern-Smith said.

Multiple students also believe that the SEL lessons are not entirely helpful in creating a better environment for students.

“I’m not a big fan of [the lessons], and my teacher often doesn’t even bother to do them anymore, so I don’t run into them often,” junior Samuel Black said. “And if they are shown, I’ll usually just sit on my phone or even go on my computer and get some work done.”

And in spite of using the time to be productive, freshman Kathryn Innerarity doesn’t think that the lessons are needed at all.

“I think we should just get rid of [them] altogether, 4th period should just be a full work period,” Innerarity said.

And other versions of this advisory reform have also been mentioned, such as shortening the time during which the lessons are discussed.

“I think the [SEL lessons] should only be done in seventh and eighth grade, because the stuff you do in those grades isn’t really as important as in high school.” said junior Avery Grant. “And by the time you get to ninth grade, you know all about the SEL topics, so they’re no longer needed.”

In contrast, some students actually prefer the lessons, provided there is a good conductor.

“Personally, yeah, I do [pay attention], and there are actually a couple other students who do,” junior Samuel Ten said. “If you have a good teacher like Mr. Linza running your SEL lessons, class participation goes up.”

This seems to restate the idea that in order for more students to have an inclination to interact with the lessons, there needs to be more interaction from the teachers as well, pushing students to feel more comfortable in their situations, and inevitably giving them a good reason to pay attention.