What happens when there is a threat to the school? 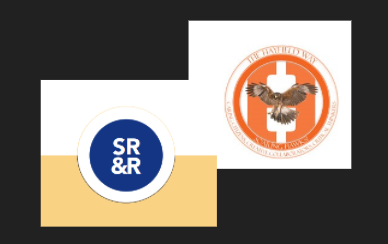 During the first semester of this year, Hayfield had two incidents that revolved around a threat of violence against the school. Whether these threats were made as jokes or to actually incite terror, the Hayfield administration has made it clear that threats against the school and community will not be tolerated. Following these two threats were reactions of fear and distrust in the safety of the school. However, thanks to the fast-acting administration taking these threats very seriously, both situations were handled and resolved quickly with no horrible outcomes.

It makes people wonder, what goes on behind the scenes when there is a threat of violence at Hayfield?

The winter pep rally cancellation and what occurred at Hayfield on December 16th resemble two different types of threats against Hayfield, those that are rumor based, and those that have physical evidence of a threat.

In the first situation, the administration immediately got a hold of a possible first and last name and contacted other FCPS members to conclude that it was all rumor based. Despite being just a rumor, this still results in disciplinary action as it disrupts the school environment. At the end of its investigation, unfortunately no source of the rumor was identified. The decision to cancel the pep rally had nothing to do with the validity of the threat, more so that it was inappropriate to gather 3,000 people in one area after the situation had been addressed. Especially because it would occur on the football field and all would be compacted into one space, some students and faculty may not feel comfortable after hearing about the message of the false threat.

In the second situation, there was physical evidence of a text message where there was a threat made, however the threat was not real. At the end of this investigation, the threat was also concluded to be false. Martin Grimm has also made it clear that for any threat directed to the school, it will always be taken seriously.

“I rather chase rumors or hoaxes than not chase something which is real. I tell every student that if you see something, say something,” Grimm said.

The first thing Hayfield administrators do is talk to relevant people in the situation. These people often include School Resource Officers (SRO’s), other FCPS members, and the students involved. Hayfield has two SRO’s, one for middle school and one for high school. If SRO’s are contacted, they conduct a parallel investigation to the administration. This happens because if there is a criminal charge, then the SRO’s are trained to provide extra resources. However, depending on the situation, the SRO may take over and that is when the police come involved as well. There are also federal laws prohibiting Hayfield to discuss any students involved in situations. Secondly, during the investigation they will gather any relevant information. At the end of the investigation, where the facts are concluded, they make the definite decision to release a statement to the faculty and community. They do this to make sure everyone is informed to the best ability.

“If you keep people informed, they are going to trust that they are safe,” Mr. Mough said.

In addition, Fairfax County has a whole office of community relations that will also be consulted. There is a prescribed threat protocol to address and handle threats against schools. It does not matter if the threat is major or minor, as this protocol helps determine the seriousness of the threat and the consequences given.

These two situations that occurred at Hayfield were, thankfully, not true and did not result in any harm to anyone in the school. However, this leads to the topic of students or people making threats as jokes or for any humor. Threats of violence may trigger other students who may experience types of violence. It also affects the efforts that are put into school activities from students and teachers, like the winter pep rally being canceled. Although this is the least important, it is worth noting how many resources it takes to deal with threats that are just jokes. Especially with how serious Hayfield’s administration is when it comes to threats against the school and community, it takes a great amount of time to investigate.

“It’s incredibly frustrating, because at the end of the day we are just educators,” Grimm said.